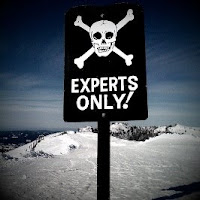 Speakers include Michael Hulme and Sheila Jasanoff, and Brian Wynne and Bron Szerszynski are part of the planning team – all contributors to the TCS Special Issue on Changing Climates (out now).

Scientists were once imagined ‘speaking truth to power’. Today they are more likely to be accused of playing politics. In the last year, we have seen the dismissal of Professor David Nutt as a government drugs adviser, the hacking of climate scientists’ emails at the University of East Anglia and concerns about the processes of the Intergovernmental Panel on Climate Change. These controversies have revealed a sometimes uneasy relationship between scientists, politicians and the public.

For 350 years, the Royal Society has stood for the importance of evidence, scepticism and experimentation. How do these principles translate to 21st century politics, when countless decisions rest on the robustness of scientific advice? Can policymakers improve the way they deal with scientific uncertainty? How much experimentation can the public handle?

• Professor David Nutt, Professor of neuropsychopharmacology at Imperial College London and Chair of the Independent Scientific Committee on Drugs

• Professor Michael Hulme, Professor of Climate Change at the University of East Anglia and author of Why we disagree about climate change

This event is the Royal Society Science Policy Centre Annual Debate, and forms part of See Further: The Festival of Science + Arts, a unique ten-day festival to mark the 350th anniversary of the Royal Society through a host of cross-disciplinary collaborations, scientific and artistic events.

The Royal Society are hosting the debate in partnership with the Science and Democracy Network, Sciencewise-ERC and the Experimentality programme of Lancaster University, which is hosting a conference on ‘The Experimental Society’ from 7-9 July 2010.

Please note that this event will take place at the Southbank Centre, not at the Royal Society.

This site uses Akismet to reduce spam. Learn how your comment data is processed.

In Memory of Couze Venn